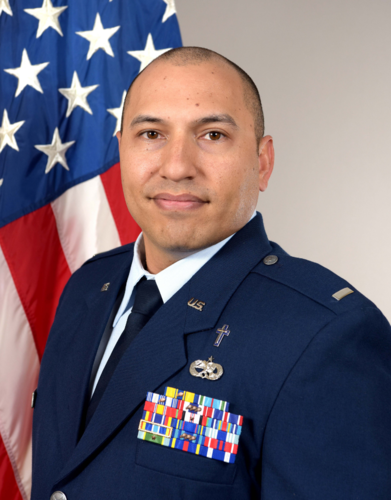 1st Lt Jeffrey Rybold and his wife, Crystal, came to Fulton Bible Baptist Church from Byron, GA on October 26, 2017.  He served faithfully as Associate Pastor for 3 1/2 years. He is now sent out of Fulton Bible Baptist Church as a Chaplain in the US Air Force. He previously served as Youth Pastor and Assistant to the Pastor at Bible Baptist Temple in Warner Robins, GA for nearly 5 years.  Pastor Jeff and Crystal have been married since June 2001 and have three children – Josiah, Gabriel, and Tara.

Pastor Jeff received Christ as his savior at Heartland Baptist Bible College in 2001 and committed to the Lord to full-time ministry shortly after.